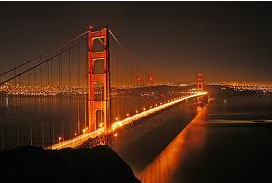 The decisions been made. It’s TIME for a trip up the road to San Fran. It’s been years, and the last time I was there, it was 100% wine country.  BEER LOVE is calling. Having already reviewed a few breweries in the area, including Bear Republic, I wanted to look further into my beautiful neighbor to the North. (Where by the way, I ate the best Dim Sum of my life.) Hungry and thirsty I march on…..

Schmaltz Brewing He’Brew Rejewvenator 2010, 8.2% ABV: This could have been in my 100 Belgians challenge!  Warm, comforting nose of brown sugar cookies with nuts and caramel. Add to that toast with apple butter and Cracker Barrel baked apples. Delish. Balanced, with no sharp edges, this is an easy drinking Dubbel and a great example of the American style. I would happily drink this again.

Part of “The Chosen Beers”, the He’Brew line joins Coney Island Lagers, or “The Freak Beers” under the Schmaltz Brewing umbrella. With other well known offerings like Genesis Ale and R.I.P.A. on Rye, which took a Silver Medal at this years GABF, Rejewvenator is one of their most popular.

Schmaltz He’Brew is located in San Francisco and like Coney Island Lagers, is comprised of all kosher beers. Began in 1996, this cross-country venture is known for their whimsical labels and ads, such as “Who knows more about refreshment than people who spent 40 years wandering a desert?”, and “A mini miracle in every bottle.” Love it. I wonder if my Israeli ex-boyfriend drinks this beer….

Speakeasy Ales and Lagers Prohibition Ale, 6.1% ABV: Fresh! Caramel malt with dried citrus, mint, and grassy hops. A nice surprise of hop bitterness hits a few seconds after the normal finish. A well balanced and drinkable ale. I don’t normally go for ambers. In fact, I practically avoid them from the boredom they often create. But this one hits the spot and turns my head.

Speakeasy Ales & Lagers also has fantastic graphics on their bottles, and hey, coming from a fashion design background, I look at these things! Because no matter how good the liquid is inside, if the label looks like it was printed from my home computer, I’m hesitant to buy it. Call me a label snob. I like good visuals. (insert joke here.)

Began in 1997, Speakeasy has become a home favorite in San Francisco. Bottling began in 2000, and to date they are distributed in 15 states, Japan, and Europe. Stay tuned for a review of their popular Big Daddy I.P.A. in 100 Pale ales & IPA’s challenge next year!

And across the bridge….

Moylan’s Kilt Lifter, 8% ABV: Aromas of toffee, Werther’s Originals, and orange peel. Mmm. Not normally a Scotch Ale fan, I think this one is balanced and not overbearing and syrupy. Nice hoppy bitterness on the finish. A great Thanksgiving beer, this would be a delicious complement to sweet potato casserole!

Located in Novato, California, Moylan’s is the other half of Brendan Moylan’s Craft beer empire, which includes Marin Brewing Co. CLICK HERE to see my review of the Marin offering in this challenge, Beer #3, the E.S.G. Opened in 1995, six years after Marin, Moylan’s became the only brewpub in Novato. Like Marin, Moylan’s beers have been awarded a number of accolades from GABF, World Beer Cup, and more. 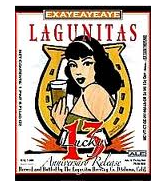 Known for such brew hits as Brown Shugga, Hop Stoopid, and GnarlyWine, Lagunitas has carved its place in the California Craft beer world. Located in, guess where, Lagunitas, this popular brewery was founded in 1993, and makes known its love for  dogs and stories. Just have a look at their website and bottles! And according to their website, “Lagunitas Brewing Company is emerging as a battle-tested brewery capable of making great beer out of goat’s milk, brambles, and asphalt on the surface of the Moon, if need be.” Ok then.

Be happy, visit your brewing neighbors (even if it’s on the Moon), and as always, drink Craft beer.